President Donald Trump is pushing the U.S. Federal Reserve to drop interest rates down to nothing—or even go negative—ahead of the Fed’s meeting next week. That could have a big impact on the housing market, particularly for home buyers seeking cheap mortgages. 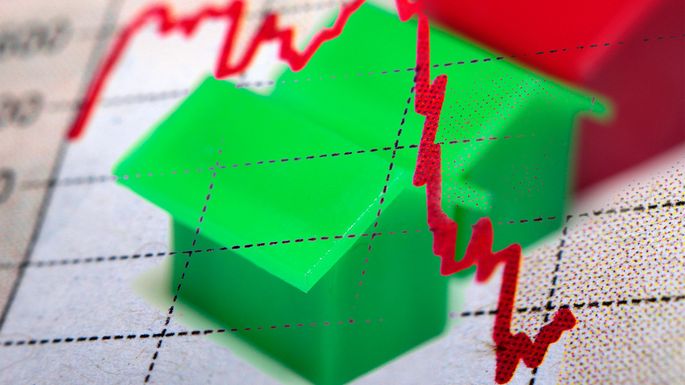 “INTEREST COST COULD BE BROUGHT WAY DOWN,” Trump tweeted on Wednesday.”The USA should always be paying the lowest rate,” he continued.

How would this unlikely scenario play out for home buyers and owners? Well, it wouldn’t likely result in homeowners getting checks from their mortgage lenders each month.

“Most people think they’d get money back … but not really,” says Senior Economist George Ratiu of realtor.com®. “A portion of your loan is forgiven each month so you end up paying a little less over the life of the loan.”

However, lenders still need to turn a profit. So buyers and refinancers could expect fees to rise as a result.

That may be a small price to pay to qualify more buyers, who may have lower incomes or more debt, for homeownership. And that would be good for sellers who could potentially have more folks competing for their properties.

“When the payment goes down [because interest rates go down], more people can afford to buy,” says longtime mortgage lender Don Frommeyer of CIBM Mortgage in Indianapolis. “Their debt ratio goes down, and they become eligible to buy a bigger home.”

Low- or negative-rate loans are already happening in Denmark. Last month, the country’s third-largest bank, Jyske Bank, began offering customers 10-year mortgages with a negative 0.5% interest rate. This means the clients are paying the bank less than they owe on the loan. Another Danish bank, Nordea, plans to offer 20-year fixed-rate mortgage with 0% interest and 30-year fixed-rate mortgages at 0.5%.

But if these negative rates made their way to the United States, they could deal a “tremendous blow” to savers and retirees who live off of their savings, says Ratiu.

“They would end up having to pay money to keep their funds in the bank,” he says. “You’re not likely going to be incentivized to save.”

That has the potential to make it harder for some folks to save up for a down payment. But Frommeyer doesn’t anticipate this becoming a real obstacle to homeownership.

“Rates going down is always better for buyers,” says Frommeyer.