Dr. Dre is the name, and he’s ahead of the real estate game. The music mogul, whose given name is Andre Young, sold his Woodland Hills, CA, home for $4.5 million, setting a 2019 sales price record for the area, according to Architectural Digest. 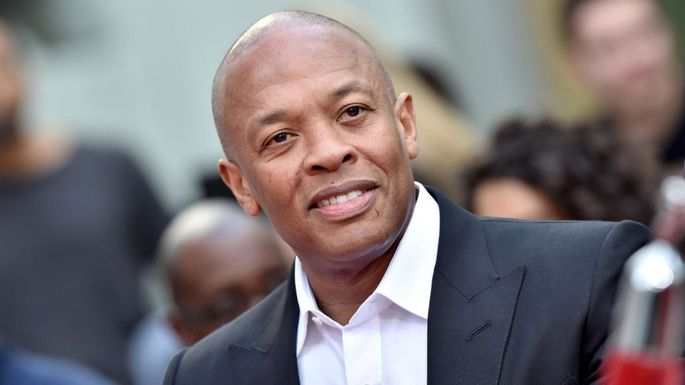 The posh pad is a rapper’s paradise, with a 150-gallon fish tank, an indoor hot tub, and an Olympic-size pool.

Purchased in 1999 for $2.375 million, according to real estate records, the upscale estate was listed for $5.25 million just two months ago. Even though he was selling the property at a discounted price, the hip-hop producer made out all right.

The home spans a massive 16,000 square feet, and its layout includes eight ensuite beds and a total of 13 baths. Located in the guard-gated Westchester County Estates, the home offers a gated driveway, a four-car garage, and high-end security.

Enter through a double door to a grand staircase. You can also access all levels by elevator. The main floor includes an eat-in kitchen with a bar, separate chef’s kitchen, 250-bottle wine cellar, and a casual dining space.

The grand lanai with a wall of opening glass doors joins the outdoor patio and pool with the indoor hot tub and bar. The amenities outside include fire pits and a TV area.

The spacious spread also includes a living room, office, a dining room, and a family and game room with the aquarium and fireplace.

Upstairs, there’s a master suite with sitting area and a balcony, as well as a glamorous master bathroom, which includes dual vanities, separate closets, and a hair and makeup room with a dry sauna.

The second floor also opens out to a huge balcony, perfect for outdoor entertaining. The top floor includes separate guest quarters with a kitchenette.

By the way, it’s not clear whether the 54-year-old ever lived there. He does own some other seriously swanky properties in the Los Angeles area, though.

In 2014, he paid $40 million for a 20,000-square-foot Brentwood estate previously owned by the supermodel Gisele Bundchen and her husband, New England Patriots quarterback Tom Brady. Dre sealed the deal after Apple purchased his company, Beats Electronics, for $3 billion.

And, in June, he picked up a Pacific Palisades pad for $2.25 million, the Los Angeles Times reported. In addition, he has a $4.9 million custom Calabasas estate with a recording studio.

Along with his talents as recording artist and entrepreneur, the six-time Grammy winner has worked with such artists as Eminem, Kendrick Lamar, and Snoop Dogg. His music video “Still Dre” has been viewed over 650 million times.

David Smith with Keller Williams Realty Calabasas represented both the seller and the buyer.