The founder of GoPro, Nick Woodman, is having a go at selling his home in Woodside, CA. The farmhouse-style estate with resort-like amenities is available for $20 million. 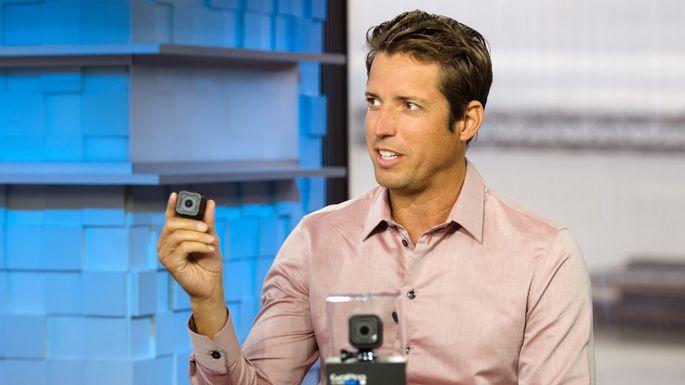 Woodman purchased the property for $12.5 million in 2011, and is seeking a decent return on his investment.

It’s possible he could get it. The upscale Silicon Valley enclave is known as one of the wealthiest communities in the country, and this estate is only the fourth most expensive listing for sale in the tony town.

With Woodside’s median list price of $1.8 million, homes in this desirable and pricey locale spend an average of just 47 days on the market before being snapped up, according to realtor.com® data.

Woodman’s spacious spread was built in 2003 and features five bedrooms, 5.5 bathrooms, and 8,165 square feet. It is set on almost 3 acres, and the grounds include a detached gym and guesthouse, a pool, gardens, and lawns.

Inside, the contemporary structure is light and airy, with vaulted ceilings and access to the patio outside. The public rooms include a living room, dining room, and kitchen, with a large center island, plus built-in seating. Adjoining the kitchen is a screened-in dining area that flows out to the patio and pool.

Themaster suite, with wood-paneled ceiling, includes a built-in sitting area. Other amenities include a home theater, an office, and a Zenlike outdoor area with a hot tub.

There’s also a serious green thumb in the family, with raised planters and vegetables growing on one part of the property.

In a serene spot, the privately placed home is nevertheless centrally located, minutes to downtown Woodside, and is also easily accessible to surrounding tech hubs.

Woodman, a surfer who grew up in nearby Menlo Park, started his action-video-camera company in 2002, prompted by his desire to film himself while on his surfboard.

In 2014, Woodman took GoPro public, and continued to put out new products. In 2015, the popular camera and his majority stake in the company placed him on the Forbes billionaire list, with an estimated net worth of $1.75 billion.

However, by 2016, he was no longer a billionaire. The company faced a drop in stock prices, with lower than expected sales, job layoffs, and a failed drone product. Despite GoPro’s continued challenges as a public company, its wearable and waterproof cameras are in use everywhere, including by Olympic athletes like snowboarder Shaun White, director Michael Bay, and the NFL.