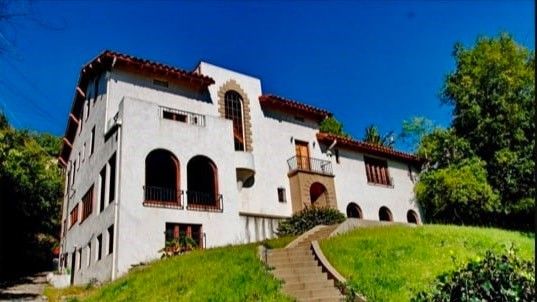 A massive fixer-upper sitting atop a hill with to-die-for views of downtown Los Angeles hit the market last week for $3.5 million, which in Tinseltown is not a bad deal. There’s just one catch: The five-bed, four-bath mansion in tony Los Feliz has a gruesome history.

The Los Feliz Murder Mansion, as it’s known, was where Harold Perelson, a cardiologist, bludgeoned his wife, Lillian Perelson, to death with a hammer in 1959. He then went after their 18-year-old daughter, but she escaped. The doctor spared the  two youngest children, but took a lethal cocktail of drugs. He was discovered dead next to his wife in their bedroom.

Over the following 60 years, the Spanish Revival home has become a local legend. Perched on nearly two-thirds of an acre, the mansion has mostly sat vacant in the celebrity-studded neighborhood. Many claim it’s haunted.

The home was built in 1925 and comes with comes with a formal dining room, a library, and ballroom for entertaining. It has a three-car garage, plus a two-car garage for collectors.

In mid-2016, Lisa Bloom, a television legal analyst, and her husband, Braden Pollock, a tech investor, picked it up for $2.3 million in a probate auction.

The murder “doesn’t affect me,” Pollock told realtor.com® in 2016. “It was a great opportunity to get a rare property like this at a good price.” 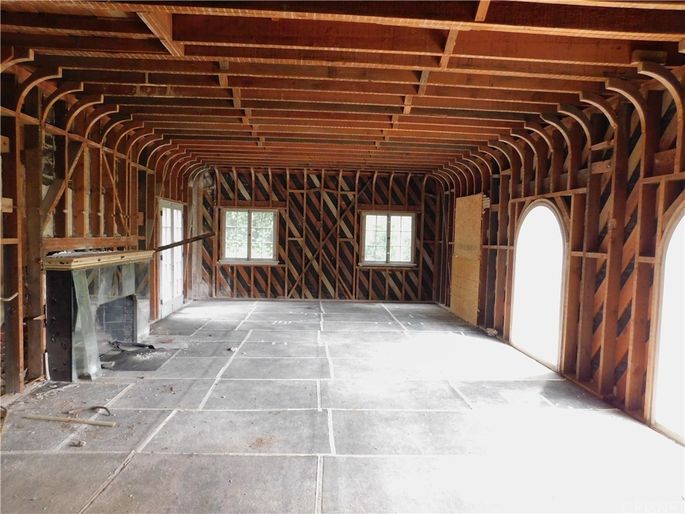 The Los Feliz Murder Mansion has been stripped down to its studs.

The couple, who never lived in the mansion, filed remodeling plans with the city that would have roughly doubled the square footage. They had the house gutted in preparation for a massive renovation. They had planned to move into the master bedroom where Lillian Perelson was murdered once the renovation was completed.

But after three years of back-and-forth with the city, the couple was informed that they’d need to tear the home down and regrade the hill because the slope wasn’t up to code for the scale of their proposed renovations. At that point, they chose to walk away and move elsewhere.

“It’s certainly disappointing. It was a lot of wasted time and wasted money,” Pollock recently told realtor.com. “We had our hearts set on moving out there and living there.”

A less extensive renovation may not trigger the requirement to regrade the hill.

“The house is ready to be remodeled,” says their real estate agent, Scott Pinkertonof Century 21 Peak. “It’s been taken down to the studs. There’s no plumbing, no electrical.”

He’s not sure if the notoriety of the murder will help or hurt the sale of the home. The sellers are only looking for cash offers.

“Some people would be freaked out by it. And there are some people out there that would want to buy it because of what happened. People like a story, and this house has one,” says Pinkerton. “For the right buyer, it’s going to be a great place. There’s a ton of potential there.”